a book by Larry Elder

The Amazon blurb says that Larry Elder believes in the American people’s power to overcome almost any circumstance -- if only government would stop telling them they can’t. In this column collection, Elder takes on a range of controversial issues -- from the minimum wage to Confederate monuments, from Obamacare to national anthem protests -- with his signature wit and uncommon good sense.

Elder in October 2020 says "That the tech giants and much of the mainstream media either suppressed, ignored or minimized the New York Post story [about Biden crimes] is a scandal in and of itself. This is, however, an increasingly common occurrence in this era of Trump hatred. Circle the wagons until Joe Biden crosses the finish line. Trump received little credit for the pre-coronavirus strong economy. He got little credit for helping negotiate peace deals between Israel and the United Arab Emirates and Sudan. In 2016, then-Secretary of State John Kerry called it fanciful to expect any kind of deal with Arab states without Palestinian involvement. Kerry was wrong. No apology forthcoming.

It's an increasingly common occurrence in this era of Trump hatred that Trump's accomplishments are ignored and the media censors everything that embarrasses Biden. Circle the wagons until Joe Biden rides in on a white horse to save the day
Trump’s List of Accomplishments and Policies That Benefit Black Americans Is Long and Impressive and Longer Than Obozo's

"Trump received little credit for changing policy and pressuring Mexico into stopping the so-called caravans of migrants attempting to cross our southern border. He moved the American Embassy from Tel Aviv to Jerusalem, fulfilling a promise made and broken by past Republican and Democratic presidents. As for 'race relations,' Trump’s list of accomplishments and policies that benefit Black Americans is long and impressive [and longer than Obozo's], from presiding over the best unemployment numbers for Blacks in the history of America to signing the First Step Act that allowed prisoners sentenced for crack cocaine, mostly Black men, to have their sentences substantially reduced, with over 3,100 released from prison for good conduct a few months after it passed. Peace and prosperity normally get a president reelected. But for the last four years, our media, Hollywood, academia and Democrats have acted anything but normal. Sadly, that has become normal."

Elder mentions that economist and author Thomas Sowell says "More whites were brought as slaves to North Africa than blacks brought as slaves to the United States or to the 13 colonies from which it was formed. White slaves were still being bought and sold in the Ottoman Empire, decades after blacks were freed in the United States." In other words, the 1619 Project is liberal lies created to push a narrative and the liberal narrative that includes the false notion that blacks are victims and whites are victimizers. See 1620: A Critical Response to the 1619 Project.

Leftists out to get Trump out of office made up an endless stream of bogus charges to throw at him including he is racist and the devil
Liberals Spread the Damnable Lie That the Police Engage in "Systemic Racism" Against Blacks, Which Statistics Disprove

"Critics hammer Trump for embracing election 'conspiracy theories.' But many who now call Trump 'delusional' for questioning the election have embraced some of the most outrageous conspiracy theories, without the believers being held up to public ridicule. These conspiracies include: Seventy-eight percent of Democrats, according to an August 2018 Gallup poll, believed not only that the Russians interfered in the 2016 election but also that this interference put Trump in office. Our intelligence community reached no such conclusion. . . . So, spare us the concern about irresponsible 'conspiracy theories' given the left's embrace of several, including the damnable lie that the police engage in 'systemic' racism against Blacks. For four years, Democrats like former Secretary of State Hillary Clinton and Rep. John Lewis called Trump 'illegitimate.'" (Source: Right-Wing Conspiracy 'Insane' -- Left-Wing Conspiracy Theories, Not So Much, Larry Elder, Real Clear Politics) 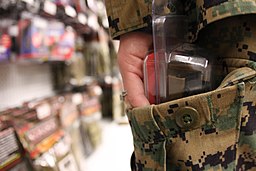 "How far does Twitter intend to take its policy designed to discourage" risk of further incitement of violence? For four years, Hillary Clinton, the failed 2016 presidential candidate, has called the 2016 election 'stolen' while frequently describing Trump's election as 'illegitimate,' only the result of Russian interference. 'I believe he understands that the many varying tactics they used,' said Clinton in 2019, 'from voter suppression and voter purging to hacking to the false stories -- he knows that -- there were just a bunch of different reasons why the election turned out like it did.'" (Source: Twitter Permanently Bans Trump; Why Do Hillary Clinton, Jimmy Carter, Harry Reid Get a Pass?, Larry Elder, Townhall)

Biden and son's corruption was censored in the mainstream media so he would win in 2020—the MSM is therefore a propaganda agency for leftists, not legitimate news
The Media Research Center Claims Eight News Stories in 2020, Censored by the Mainstream Media, Could Have Changed the Election in Favor of Trump

"The Media Research Center claims eight news stories, ignored or downplayed by the mainstream media, could have changed the election in favor of President Donald Trump. Over 80% of Joe Biden voters, according to the MRC, were unaware of at least one or more of the eight stories," and "36 percent of Biden voters were NOT aware of the evidence linking Joe Biden to corrupt financial dealings with China through his son Hunter." And 13% of these voters, or almost 5% of Joe Biden's total voters, said that had they known of the Biden/China story, they would not have voted for Biden, enough to tip the vote in favor of Trump in several swing states that he lost. When, near the end of the 2020 campaign, the New York Post published the Hunter Biden bombshell story about Hunter's laptop, linking Joe Biden to his son's dealings with the Ukrainian company Burisma, mainstream news practically closed rank to immediately dismiss the story as "Russian disinformation." Twitter even banned the New York Post from republishing its own story on the paper's Twitter account!" (Source: Media saves Joe Biden -- just as it saved Barack Obama, Larry Elder, Arcamax)

The Media Research Center claims eight news stories, ignored or downplayed by the mainstream media, could have changed the election in favor of President Donald Trump. Over 80% of Joe Biden voters, according to the MRC, were unaware of at least one or more of the eight stories

"Liberals, like Kaplan and Maxwell, consider black conservatives not merely wrong on the issues or social outcasts but sufferers of a psychological illness, an illness which, left untreated, turns black conservatives into kleptomaniacs. Then the very same liberals who malign black Trump supporters as “Uncle Toms” and psychologically unhinged social pariahs call the Trump administration “racist” for not having more psychologically unhinged social pariahs." (Source: Trump Critics Denounce Pro-Trump Blacks as ‘Sellouts’ – While Criticizing Trump for Not Having More ‘Sellouts’, Larry Elder, am870theanswer)

Larry Elder, best-selling author and nationally syndicated radio talk-show host, is a brave warrior who is not afraid to challenge the conventional wisdom and tell the truth even when it seems counterintuitive or politically incorrect. The New Trump Standard is full of his columns that prove this point without question. Here are highlights of an article appearing in Investors Business Daily about minimum wage issues. Here he addresses liberal do-gooder Jane Fonda: "Dear Ms. Fonda:

Before you travel to Detroit this weekend to campaign for a $12 minimum wage, I suggest you read this letter.

I'm sure you mean well. But are you familiar with the voluminous number of peer-reviewed studies that conclude minimum-wage laws damaged the very people that many of the Hollywood left say they care about — blacks?

Respected economist David Neumark examined all of the major academic minimum-wage studies from the previous 20 years, more than 100 studies in all. Eighty-five percent of the studies found that minimum-wage laws destroy jobs, causing workers to lose jobs and/or hours or causing businesses to shut down. 'Minimum-wage laws,' said Neumark, have 'a negative employment effect on low-skilled workers.'

Believe it or not, before minimum-wage laws took effect, a black teenager was actually more likely to have a job than a white teen. . . . Nobel-winning economist Milton Friedman calls the minimum-wage law 'one of the most, if not the most, anti-black laws on the statute books.'" (Source: Larry Elder: Dear Jane Fonda, Minimum Wages Destroy Jobs, Larry Elder, Investors)

Liberals have never cared about results. Only intentions. However, as the minimum-wage rubbish aptly shows, the road to hell is paved with good intentions

And here we are in 2021 with Hidin' Biden and his gang of ignoramuses, a.k.a. the liberal elites, trying very hard to kill 1.4 million jobs—especially of young black people—to add to all the thousands of jobs that stopping the pipelines killed, in the name of a living wage and the Green New Deal. The facts about all the harm this would do never entered their minds. The blacks that all the liberals' political correctness and affirmative action was supposed to help most would be the victims of this brain-dead job-killing minimum-wage rubbish. But liberals have never cared about results. Only intentions. However, as the minimum-wage rubbish aptly shows, the road to hell is paved with good intentions.

Biden never apologized for the thousands of jobs that stopping the pipelines killed—perhaps being a liberal means never having to say you're sorry?