Written Out of History: The Forgotten Founders Who Fought Big Government

a book by Mike Lee

The Amazon blurb says that NEW YORK TIMES BESTSELLER! Some of America’s most important founders have been erased from our history books. In the fight to restore the true meaning of the Constitution, their stories must be told.

In the earliest days of our nation, a handful of unsung heroes—including women, slaves, and an Iroquois chief—made crucial contributions to our republic. They pioneered the ideas that led to the Bill of Rights, the separation of powers, and the abolition of slavery. Yet, their faces haven’t been printed on our currency or carved into any cliffs. Instead, they were marginalized, silenced, or forgotten—sometimes by an accident of history, sometimes by design.

In the thick of the debates over the Constitution, some founders warned about the dangers of giving too much power to the central government. Though they did not win every battle, these anti-Federalists and their allies managed to insert a system of checks and balances to protect the people from an intrusive federal government. Other forgotten figures were not politicians themselves, but by their thoughts and actions influenced America’s story. Yet successive generations have forgotten their message, leading to the creation of a vast federal bureaucracy that our founders would not recognize and did not want.

The Founders of the U.S.
Some of America’s Most Important Founders Were Opponents of an Abusive Federal Government

Senator Mike Lee, one of the most consistent and impassioned opponents of an abusive federal government, tells the story of liberty’s forgotten heroes. In these pages, you’ll learn the true stories of founders such as...

The popular movement that swept Republicans into power in 2010 and 2016 was led by Americans who rediscovered the majesty of the Constitution and knew the stories of Hamilton, Madison, and Washington. But we should also know the names of the contrarians who argued against them and who have been written out of history. If we knew of the heroic fights of these lost founders, we’d never have ended up with a government too big, too powerful, and too unresponsive to its citizens. The good news is that it’s not too late to remember and to return to our first principles. Restoring the memory of these lost individuals will strike a crippling blow against big government.

Lee tells us that "In the last century, in particular, historians and politicians who consider themselves more enlightened than the founders—and believe in the power of bureaucrats to manage the affairs of an entire country from a distant capital—have done special damage to the legacy of the founding generation, a legacy that warned against the dangers of a distant, centralized government. . . . nearly every founder shared a healthy skepticism of a large federal bureaucracy—one that might eventually mimic some of the worst features of the very government [United Kingdom, but mostly England alone] they had just fought a revolution to escape. . . . In The Federalist Papers, a series of documents published throughout the colonies in support of the new Constitution, Hamilton responded to concerns articulated by many of our founders—including people you will meet in this book—that the Constitution could become a Trojan horse for oppressive government."

We seem to have lost any sense of what federal power the Founders intended the Constitution to allow, and what federal power it intended to limit
Mike Lee Shows Us How to Fight Back against the Progressive Agenda Full of Overreach That Keeps Attempting to Increase Federal Power

All Founders believed deeply in checks and balances which would strictly limit the government’s power. However, though, we seem to have lost any sense of what federal power the Founders intended the Constitution to allow, and what federal power it intended to limit. The author, Lee, shows us how to fight back against the progressive agenda full of overreach that keeps attempting to increase federal power. In many cases that power has been repositioned from the people’s representatives in Congress to unelected bureaucrats that infest a multitude of agencies and departments in the executive branch of our government. Lee tells us that there were many who complained and resisted. But those who wanted all that power were able to marginalize this resistance and later historians somehow managed to get these resisters erased from the annals of U.S. history, rendering their resistance a nonevent. The more accurately a founder predicted the excessive accumulation of power under the Constitution, the less likely we are to include them in our U.S. history books.

Lee sees this book as alternative history of our nation’s founding—where those erased from standard U.S. history books are front and center. He sees his book as the best way of recovering the lost principles of limited government these heroes fought for. History is written by the winners, and history comes from he who is willing to write it.

“While I’d eagerly recommend it just for the highly entertaining stories, even more important is the message these stories convey together: the Constitution was designed to limit the federal government and secure power for the states and, ultimately, the people.”—STEPHEN F. HAYES , editor in chief, The Weekly Standard 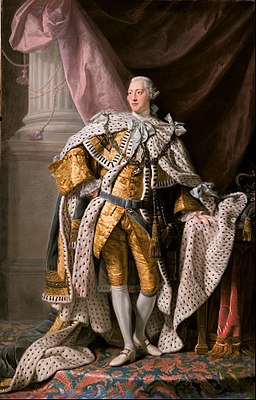 When we examine the debates that occurred during the establishment of a new government and the Constitution, we begin to develop a new appreciation for the concerns of replacing the tyrannical government of England's King George III with our own government—which has by now become equally as abusive of the rights of citizens and the states.

King George III was determined "never to acknowledge the independence of the Americans, and to punish their contumacy by the indefinite prolongation of a war which promised to be eternal." The King wanted to "keep the rebels harassed, anxious, and poor, until the day when, by a natural and inevitable process, discontent and disappointment were converted into penitence and remorse". However, more recent historians defend George by saying in the context of the times no king would willingly surrender such a large territory.

All Founders believed deeply in checks and balances which would strictly limit the government’s power, but today's political elites care little for any types of checks except the type that represent ka-ching (money money money)

From some of the Framers that refused to sign the Constitution, to Native American practices that influenced our Federalist system, to slaves recognizing and fighting for inalienable rights, Written Out of History: The Forgotten Founders Who Fought Big Government is a fascinating look at the historical figures nearly lost to history, except for the valliant efforts of men like Mike Lee. This is a must read for anyone who cares about liberty and understands that as a nation we have become less than what the framers of our Constitution wanted for us and more like lost souls drifting incrementally toward tyranny, fascism, autocracy, or something worse. Some may be put off by political agendas from page one in Lee's book, but the history is insightful.