an article by our site Here's how things looked in 1990: From 1965 to 1990 the number of mass killers had risen dramatically in the United States, and there had been relatively few multiple killers in Canada. Elliot Leyton, the author of Hunting Humans: The Rise of the Modern Multiple Murderer argues that multiple killers are "losers" who fail to achieve economic and social goals set by society. They are socially ambitious, but not talented. When their ambitions are foiled they begin a sustained vengeance campaign. They are from lower-middle or middle-middle class, and want to wreak vengeance on the group or class they feel excludes them. They are not deranged idiots. They know what they are doing, which is to appease a grudge.

In the past, every industrial society produced a multiple murderer once or twice a decade until the late 1960s in the United States. In the United States there is a social order in which winners and losers are created and in which losers pay a price. And in the United States, the cultural messages of violence as an appropriate response to frustration is validated and legitimized every day. Leyton believes that daily film and television violence desensitizes people's notion of violence.

In the U.S. there was one multiple murderer in all of the 1950s. By 1984 there was one multiple murder per month. Leyton suggests that the United States is guilty of encouraging such murders by allowing multiple murderers to become celebrities, by allowing them to hold court with biographers, while victims' families are left embittered. But even more important, people are not made to see how evil these crimes are, nor is there adequate punishment. Property crimes are taken much more seriously than violent crimes. (Why Mass Murderers Kill," McCleans, June 13, 1988)

A "violence profile" study conducted by the University of Pennsylvania Annenberg School of Communications reported that violence in children's television climbed dramatically in the 1980s, while prime-time levels of violence remained high, but unchanged. Children watching Saturday morning TV see an average of 26.4 violent acts or more each hour, compared to 18.6 before 1980. (Violence is defined as overt and explicit physical acts or threats of hurting or killing in any context.) The study blamed the escalating violence in part on the federal government's deregulation of the broadcasting industry and the networks' penchant for action-oriented programming. (Pogatchnik, Shawn, "Study Says Violence on TV Cultivates Alienation," The Los Angeles Times, February 1990. Note: the study reported that network violence in children's programming increased dramatically between 1986 and 1989) And children are watching between 27 and 30 hours per week. ( TV Guide, May 21, 1991, p. 115) Additionally, the content of music videos watched by adolescents has been described as more sexist, pornographic, and violent than most other television. And generally the media combines sex and violence demeaning both sexes. (Blankenhorn, David, and Bayme, Steven, and Elshtain, Jean Bethke, eds., Rebuilding the Nest, Milwaukee, WI: Family Service America, 1990)

Even though we've always turned crime and violence into entertainment, its entertainment value is currently at a more feverish level than ever before. There are 900 telephone numbers where you can call and listen to the stories of people who have committed heinous crimes. There are numerous reality crime shows as well as "crime-getter" shows on television where ordinary people can get entertained and help find the actual criminals. After Charles Stuart was accused of murdering his wife and committed suicide, within a week over 100 book and movie ideas landed on the desks of agents and editors. As Susan Sontag said: "I think there has been a decline in the capacity for seriousness—that the society is dominated by entertainment values." (Leo, John, "The Entertaining of America," U.S. News & World Report, January 22, 1990, p. 65) We don't think of crime as crime and the horror that it really is, we think of it as entertainment. 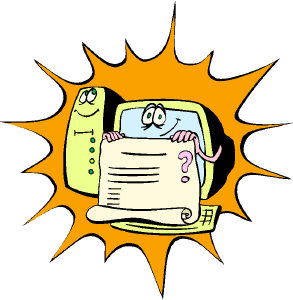 The above reflects the U.S. until 1990. But government figures released in October of 2012 said that violent crime has fallen by 65 percent since 1993. However, violent crimes jumped 18 percent in 2011, the first rise in nearly 20 years, while property crimes rose for the first time in a decade. Academic experts say the survey data fall short of signaling a reversal of the long-term decline in crime. The victimization survey found that the increase in the number of violent crimes was due largely to an upward swing in simple assaults, which rose 22 percent, from 4 million in 2010 to 5 million last year. The incidence of rape, sexual assault and robbery remained largely unchanged, as did serious violent crime involving weapons or injury. (http://reason.com/blog/2012/10/30/violent-crime-rate-continues-two-decade) Perhaps the economic problems the public was being patient about have persisted longer than they expected and their patience has simply run out, so they're taking it out on each other. One thing for sure, the bailouts are not a happy subject for most of us. Estimates of the true cost of the 2009 bailouts are 2.5 trillion, 4 trillion, 14 trillion, and 29 trillion bucks. And the public was not even consulted on the matter—their money was simply taken. It's no wonder the people are climbing the walls and getting aggressive!

Even though crime in general is down, mass/multiple killings rose crazily from 1900 to 2000. Then they dropped off from 2001 to 2003, but then went up crazily again until the 2012 Newtown, Connecticut tragedy where 28 people perished. The rate of school shootings is going up faster than ever before. 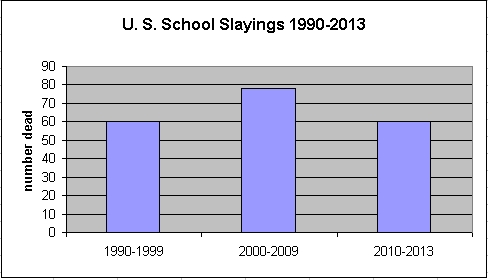 (http://www.guardian.co.uk/commentisfree/2012/jul/21/colorado-shooting-james-holmes-history) We are creating mass murderers faster than ever before. One cannot help but look to people's upbringings to find the factors that led them to turn into monsters. Happy people would never act out that way. MC members would be the best-raised, most loved, and happiest people yet. They would never want to harm others. And if someone starts going in an unhealthy psychological direction, there will be lots of people to notice it and take proactive steps and implement preventative, preemptive measures. In other words, little short of an MC can ensure that violent act-outs will not occur. The best way to make sure our kids are safe and well-loved is to raise them in the natural, flat-gradient way in MCs rather than the unnatural steep-gradient way.