a book by Thomas Gordon

Thomas Gordon’s book P.E.T. Parent Effectiveness Training is his best-known parenting book. A great number of these books have been sold and used in parenting classes or just read. It’s one of the major classics in parenting wisdom. Many other parenting books incorporate his techniques in their books and videos and classes.

Parent Effectiveness Training is an international parenting movement begun by Dr. Thomas Gordon that has had great success and is highly respected. It includes the procedures for truly successful relationships: NO-LOSE PROBLEM SOLVING, ACTIVE LISTENING, WIN-WIN, ROADBLOCKS TO COMMUNICATION, and I-STATEMENTS.)

In most cases this will be similar to Gordon’s “changing the environment,” in which a mother puts an unacceptably behaving child in a playpen so his subsequent behaviors will be acceptable to her. (Page 163 of the revised and updated P.E.T. Parent Effectiveness Training.) Most parenting methods would call this a logical consequence: a. Child acts up while choosing to be near parent. b. Parent places child in playpen far enough away from the space where parent was being disturbed so that the behavior feels more tolerable now and may even cease. Child had wanted to be near parent, or to even test parent’s patience (testing limits). But the logical consequence was to change the environment for both child and parent (child not near parent, parent not near acting-up child). It’s certainly not punishment or punitive in general, and it’s certainly not natural consequences (such as parent getting depressed and crying after reaching his or her tolerance limit, or kid breaking everything in the room), and it’s certainly a response to misbehavior and a consequence of the misbehavior.

Like Jane Nelson says: if the happiness of others is being degraded and I-statements fail, then the use of logical consequences may be the only option that actually addresses the situation. Moving the child is absolutely a CONSEQUENCE, but not “natural.” Nor is it punitive. What could be more logical than moving an acting-up child to a space where s/he doesn’t wreck others’ happiness?

What could be more logical than moving an acting-up child to a space where s/he doesn’t wreck others’ happiness?

A timeout is a hurtful punitive measure, but putting the child in a playpen is just environmental change. Some call this a parental timeout or a time-in since it’s just a parent creating distance between the unacceptably behaving kid and himself or herself. It’s smart relationship management, and needs to be used when a situation starts getting oppressive or a parent feels in danger of reacting unwisely or punitively.

Gordon chose to believe that nothing in his parenting method is ever a logical consequence or felt to be punitive by children. He maintained this no-logical-consequences idea as the crux of the critical difference between his method and those of the “authoritative” methods. After all, if one cannot tell the parenting methods apart, why choose one rather than another? This makes good marketing sense since he needed to give people a reason to choose his method over another. And he surely had a right to define his method in whatever terms he wished.

Gordon says there are 3 types of parenting, Authoritarian, Permissive, and Democratic, (a nonstandard categorization) and he implies that styles that include logical consequences are really autocratic/authoritarian, since parents sometimes use their power to control their kids when their behavior is unacceptable, although in a much nicer way than the truly Authoritarian methods. We can see that this strategy of categorization surely works for P.E.T. to make P.E.T. look like the only acceptable program around, and we even agree with him that it's the best program.

But we wish to avoid any black and white categorizations here because we want anyone interested in microcommunities (MCs) to have lots of Authoritative Parenting programs to choose from—see the bottom of this web page: WHY Register for MC Search and Match?. We do NOT consider ANY Authoritarian, Permissive, or Neglectful parenting method acceptable, and strongly advise anyone using them to exchange them for the more humanistic methods known as Authoritative Parenting. 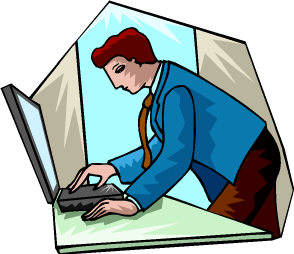 Registering for MC search and match

Authoritative is not one of the categories in their eyes even though it is for most parenting researchers, experts, books, studies, etc. P.E.T. obviously takes this position not just for marketing reasons but to attempt to avoid confusion, since authoritative styles that include logical consequences are in the majority and they are NOT what P.E.T. is, so P.E.T. needed a different word: Democratic. The problem is that most of the authoritative styles that include logical consequences use the democratic win-win conflict resolution strategy and consider themselves Democratic. So this term, like authority and authoritative, is surrounded by "confusion and muddled thinking."

Does saying they are the good kind of "authoritative" (expertise) while most others use the bad kind (parental power) help matters? To the degree they force all logical consequences users into the discredited Authoritarian category, no. Additionally, the use of well-muddled single terms like authoritative and democratic is not helpful without qualifiers. That is why we hope that parenting styles, and the fields of parent education and parent training, adopt our categorization: Pseudo-Authoritative, Authoritative, and Authoritative Lite as explained here: Authoritative and Democratic Parenting Programs.

We consider P.E.T., Aware Parenting, Connection Parenting, Discipline Without Distress, Alfie Kohn's Unconditional Parenting, and Nonviolent Communication (N.V.C.) to be the best parenting programs anywhere, although the last of these may seem a bit complex or incomplete for some. But there is so much research that points to authoritative parenting methods as the most successful methods that we feel that a separate Democratic category may do the six just-mentioned methods a disservice. By discluding themselves from the Authoritative category they may get somewhat marginalized. With so many experts and books and websites and studies and researchers saying that authoritative parenting is by far the best, wouldn't it be prudent for these six methods to get in on the glory? We think so—hence our 3 Authoritative Parenting categories above, which solves all problems in one fell swoop.

To add even more weight to our argument, we've even seen authoritative and democratic used interchangeably or together as authoritative/democratic, and we've seen Rudolf Dreikurs' methods referred to as democratic parenting.

As we mentioned, in P.E.T. when a mother follows P.E.T. guidelines and uses her parent power and puts an unacceptably behaving child in a playpen so his subsequent behaviors will be acceptable to her, and the child sees this as a punishment and howls in fury, Gordon calls this "changing the environment." But it is hard to argue that this banishment from the parental space is not a logical consequence of the annoying behavior. It's a parent using her power to control the child, and it's obviously not a natural consequence. Is this obviously correct logical consequence really that different from the other authoritative methods (which would have used this same logical consequence)?

Most authoritative parenting programs define Authoritarian, Permissive and Authoritative as the 3 types of parenting, with Authoritative the only acceptable type, although a few add a 4th type: Neglectful. Rudolf Dreikurs calls his program Democratic, but Gordon considers only P.E.T., Kohn's Unconditional Parenting, Marshall Rosenberg's Nonviolent Communication, How to Talk so Kids Will Listen and Listen so Kids Will Talk by Elaine Mazlich and Adele Faber to be democratic like P.E.T. is, since even though Rudolf Dreikurs' democratic parenting, S.T.E.P., and Active Parenting have Democratic philosophies and call their programs Democratic, they use logical consequences, which Gordon considers punishment, an autocratic strategy.

Thomas Gordon’s Discipline That Works has presented the results of dozens of researchers who've confirmed how effective democratic parenting is compared to autocratic parenting, how parent-empowered self-control in kids promotes autonomy and self-actualization better than parental controls.

The overall model Gordon developed came to be known as the Gordon Model or the Gordon Method, a complete and integrated system for building and maintaining effective relationships. It works in both parenting and non-parenting contexts. Gordon Training International, which he founded, continues to spread his knowledge and courses all over the world.

The companion book for this parenting method is P.E.T. in Action. It has lots of helpful examples.