On Western Terrorism: From Hiroshima to Drone Warfare

a book by Noam Chomsky and Andre Vltchek

In On Western Terrorism: From Hiroshima to Drone Warfare, Noam Chomsky, world renowned dissident intellectual, discusses Western power and propaganda with filmmaker and investigative journalist Andre Vltchek. The discussion weaves together a historical narrative with the two men's personal experiences which led them to a life of activism.

The discussion includes personal memories, such as the New York newsstand where Chomsky began his political education, and broadens out to look at the shifting forms of imperial control and the Western propaganda apparatus. Along the way the discussion touches on many countries of which the authors have personal experience, from Nicaragua and Cuba, to China, Chile, Turkey and many more.

On Western Terrorism: From Hiroshima to Drone Warfare is a blast of fresh air which blows away the cobwebs of propaganda and deception

A blast of fresh air which blows away the cobwebs of propaganda and deception, On Western Terrorism: From Hiroshima to Drone Warfare is a powerful critique of the West's role in the world which will inspire all those who read it to think independently and critically. See The Assassination Complex: Inside the Government's Secret Drone Warfare Program. 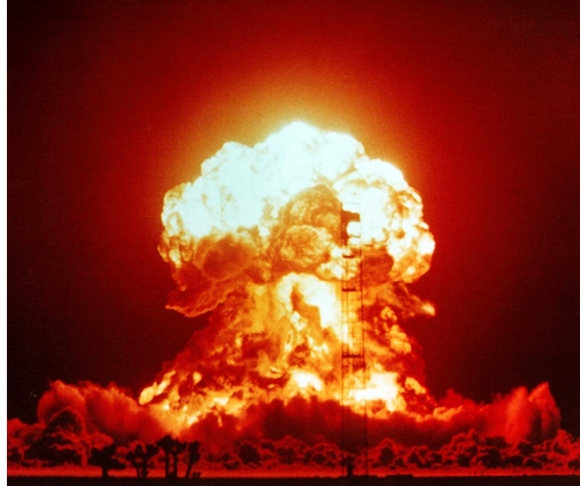 The dropping of atomic bombs on Japan was an unnecessary war crime perpetrated by an ignorant, neurotic president who had no business being in office and who even warned us of this as he was taking office

If only Truman wasn't an ignorant racist who hated "Japs" and felt good about bombing them with A-bombs and putting U.S. Japanese in American concentration camps to work as slave labor. Psychologically, Truman was a glasses wearing wimp who had gotten bullied in school and the "Japs" gave him a target for repressed rage he had never dealt with or admitted. That's a hell of a reason to drop A-bombs on cities!

Psychologically, Truman was a glasses wearing wimp who had gotten bullied in school and the 'Japs' gave him a target for repressed rage he had never dealt with or admitted. That's a hell of a reason to drop A-bombs on cities! 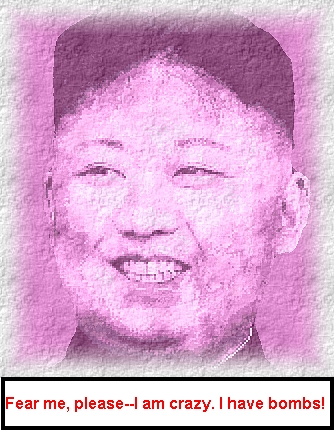 A-bombing Japan convinced North Korea to begin a crash nuclear program to acquire nukes to threaten us with, since we appeared to be bloodthirsty maniacs
U.S. Imperial Aggression Tells the World We're a Bull in a China Shop 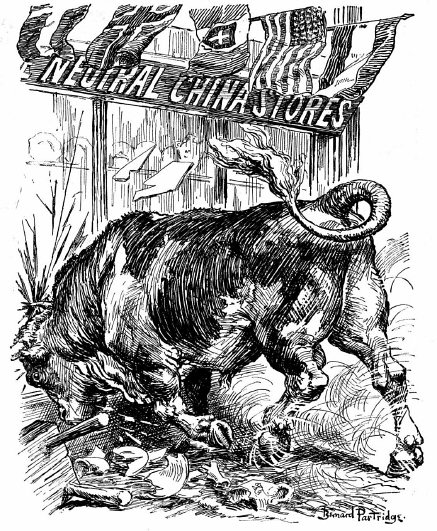 Truman, LBJ, Nixon, Reagan, Dubya Bush and OBomb'em all decided to lead the U.S. to act in ways that the rest of the world viewed as a bull in a china shop—and now we've got Trump 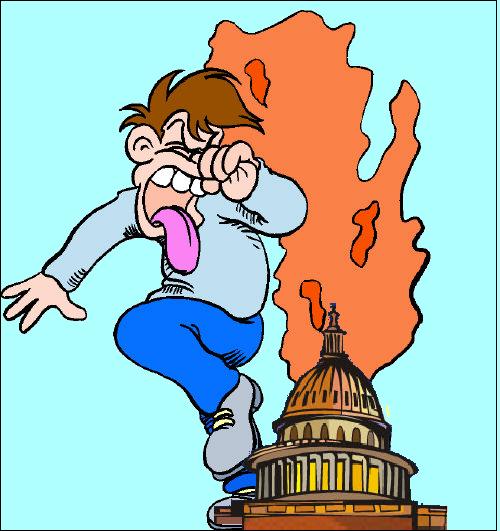 U.S. neocons' imperialism and warmongering is out of control yet the Congress tasked with stopping such abuses is mute—something smells rotten in Washington! The game is rigged

Amazon reviewer Marita: "I wish Chomsky would be the president and the defense minister of the USA in one person." (Amen, Marita!)

"Propaganda is to a democracy what the bludgeon is to a totalitarian state."—Chomsky 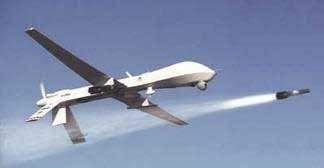 Along with these 55 million plus civilans and soldiers killed as a direct result of conflicts started by mostly U.S. imperial aggression, pro-Western military coups and other conflicts, hundreds of millions have died indirectly in absolute misery, and they died silently with no reaction in the Western press. The authors claim that this history is largely unknown in the West since Westerners are extremely indoctrinated with flag-waving perceptions of their own rightness, goodness, and uniqueness. U.S. citizens go through a one-sided education and rely on CIA-filtered media outlets without studying any alternative sources where actual truth can often reside, so propaganda is prevalent.

Our government censors or covers up anything they don't want the public getting wise to, like their unreported imperialism—the U.S. press has a truth filter

This Chomsky book is a brilliant criticism of our foreign policy and the terror we have inflicted on the world. The book criticizes the U.S. role in the Cold War and our nuclear blackmail, the military aggression against Korea and Indochina, adventures in El Salvador, Nicaragua, Guatemala, Chile, and Cuba, the rise and downfall of the Marcos dictatorship, the anti-Soviet wars in Angola, Mozambique and Afghanistan, the instigation of the Iraq-Iran War and the military aggression against Iraq, etc. And the "war on terror", a fraud from the start, is an interesting study of aggression, propaganda, and U.S. oligarchs robbing wealth from our taxpayers' present and future. The book exposes the concocted fraud of the so-called "Soviet threat," which was basically a hoax and a cover for Washington to run roughshod over various countries in its imperial conquests during the post-WWII era. 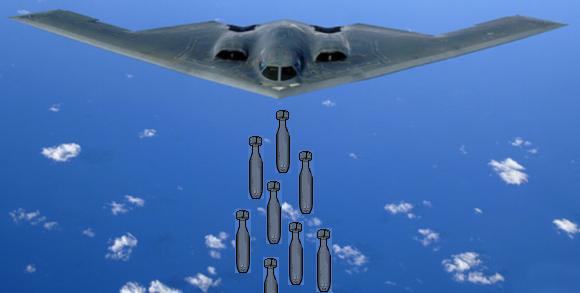 U.S. dropping a little democracy on some country
U.S. Imperial Aggressions Were Not Then and Are Not Now the Will of the American People

Note that these aggressions were not then and are not now the will of the American people. The warmongering neocons were so greedy that they seemed to have no moral compass whatever. They valued their profits over human life, and saw people in other countries as objects to manipulate, kill, or torture, and so they kept—and still keep—their actions either secret or sanitized with nonsense about dirty commies or how they were democratizing these people, a cynical cover story if there ever was one. The only way neocons could get support for their actions was via propaganda fed through the CIA to the U.S. mainstream media. Investigative journalists that learned the truth got ignored when they tried to sound the alarm. They'd be marginalized and eventually fired if they kept handing in stories not approved by the powers-that-be.

We have a free press to the degree you feel that getting fired for telling the truth is press freedom. And we have a democracy to the degree you feel that being a cash cow citizen financing murderous neocon imperialism while they spew propaganda that our citizens lap up like porridge is political freedom. See Freedom of the Press—an American Delusion and Democracy—an American Delusion. 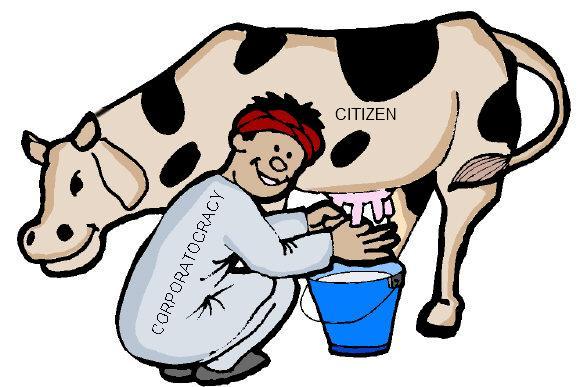 We are free to get our news from places like Alternet.org which the mainstream media has marginalized as fake news and conspiracy theory so that mainstream lies would be believed and alternative press reports would be disbelieved. However, even though we are free to go to such sites, whether or not we can actually find articles in search engines that are on Alternet.org is a different matter. Shockingly, Google itself has been compromised, deindexing much of Alternet.org and other left leaning websites and pretending to do it as a purge of fake news, when they know the opposite is true and Alternet.org contains more truth than the sellout mainstream media. Why would they act so undemocratically, defecating on our First Amendment rights to read various viewpoints? The same reason all megacorporations act in such a manner—to increase their profits. What exactly that entails (the government supporting pro-Google legislation?) only they know. See The Master Switch: The Rise and Fall of Information Empires. 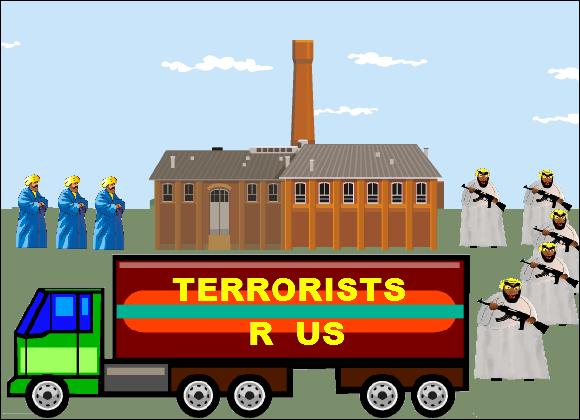 Each so-called terrorist we blast to smithereens creates ten more terrorists out to get us, but the corporatocracy's defense contractors and the oligarchs in charge are getting very rich, which is the goal they care about

An excessive reliance on a militarized foreign policy has our security forces seeing boogeymen everywhere, not just behind every rock but in every building, so our drone forces are kept busy stamping them out, knowing full well that each so-called terrorist we blast to smithereens creates ten more terrorists out to get us (furious relatives and friends). But the defense industry isn't fazed by such obscene calculus, since this means more terrorists to blast which in turn means more drones to purchase from a very profitable General Atomics with the public's apparently infinite supply of disposable income. The presidential administration's claim that their war on terror is about reducing terrorism is wearing thin since the exact opposite result is occurring and yet they continue to pursue their flawed strategy—revealing that the goal they tell us and the goal they really have are two different things. 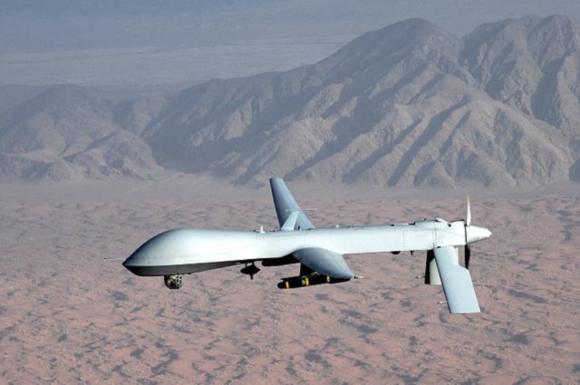 "Lucid, knowledgable and courageous, Chomsky is beholden to no one and together with Vltchek he diagnoses with precision the chronic debilities and exposes the quackery at the heart of modern capitalism." (Source: Books: On Western Terrorism: From Hiroshima To Drone Warfare, John Green)

The only thing the United States of America believes in more than religion is War, judging by their actions 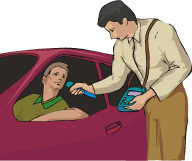 The media is shockingly complicit in hiding acts of imperialistic warmongering by the U.S. by reporting only on what is in view, avoiding critical investigative journalism

"The true culprits hide behind curtains of evasion to remain invisible to the public. The media is shockingly complicit by reporting only on what is in view, avoiding critical investigative journalism. Chomsky and Vltchek help us to realize that an array of powerful forces are using their wealth and influence to prevent us from seeing [atrocities in the Congo]. We are allowed to see only as much as the gatekeepers of the public mind want us to see, and yet we are not relieved from using our capacities for sight. Reading Chomsky and Vltchek removes the scales from our eyes, at least temporarily, as they have managed to elude these gatekeepers, but at considerable risk, with a display of moral courage, civic responsibility, and extraordinary intellectual energy. . . . Chomsky and Vltchek point out that in Latin America, and Asia, the United States has supported vicious and repressive political forces so as to secure the wealth generating interests of corporate America." (Source: Book Review: On Western Terrorism: from Hiroshima to Drone Warfare (2013, Pluto Press) by Noam Chomsky and Andre Vltchek, Richard Falk, Foreign Policy Journal)

Noam Chomsky: 'Don't give up'